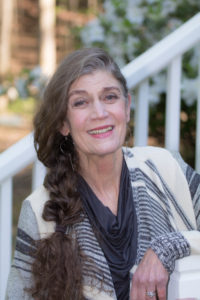 After a lifetime of teaching and promoting others, Bett takes centerstage as an artist with the release of her tenth album, TURNING OVER STONES. Bett Padgett uses music to express her thoughts about today’s social, political and environmental climate. Her thoughtful and carefully crafted songs shine through with a vision of a world we want to live in. A multi-instrumentalist, she accompanies herself using innovative guitar techniques, clawhammer banjo, mandolin, piano and harp in styles that cross the borders of Celtic, Old-time, Folk and New Age.

Bett’s tenth album, TURNING OVER STONES,  released in November 2021 garnered the # 6 spot on the Folk Alliance’s Folk Music DJ List that same month. TURNING OVER STONES’s theme is derived from the hope of doing all one can to find what one is looking for, i.e. “no stone left unturned”.  In this album, Bett explores answers to many questions. Bett includes songs that shine light on personal and political well-being and also speaks to political and social issues with with humor and brave honesty.

Bett Padgett’s ninth album, “If I Catch My Dream, songs of hope for a better world”,  garnered the #4 spot on FAI’s Folk DJ list in November 2019.  Her message extends all those who inhabit our planet and also to our precious earth. As Bett has caught her dream as a performer and writer, after supporting many others in their dreams by serving as a music teacher and house concert presenter, Bett’s thoughtful and carefully crafted songs shine through with a vision of a world we want to live in.

In addition to sharing her thoughts on these serious topics she enjoys writing about her dogs, the joys (and frustrations) of raising children, aging parents, the closeness of family and good friends. Though she is classically trained in piano and voice, and the fact that her father was a jazz musician, it was folk music that won her heart. Her love of traditional and Celtic music gives her sound a blend of styles. She uses her talents on guitar (alternate tunings with partial capos), mandolin, piano, rootsy claw-hammer banjo and harp to back her rich alto voice.

Bett’s unique guitar techniques and tunings put her in a class all her own. She is not limited to guitar and one will often find her frailing an old-time claw-hammer banjo, or on plucking a mandolin, or striking  a piano or harp .  Her musical interests are a blend of Celtic, Old-time, New Age, Folk, even rock and it is reflected in her sound. Bett’s thoughtful and carefully crafted songs shine through with a vision of a world we want to live in. Although Bett musically provides a safe and welcoming space for us, she also writes consequential songs for the times. Bett includes songs that reflect personal and political well-being and also speaks to political and social issues with with humor and brave honesty. In addition to sharing her thoughts on these serious topics she enjoys writing about her dogs, the joys (and frustrations) of raising children, aging parents, the closeness of family and good friends.

A North Carolina native, she became enamored by the Cape Hatteras Lighthouse and its plight with the encroaching ocean in the 1990’s. It lead to a song which then lead to an entire CD entitled “Hatteras: if a Lighthouse Could Speak”, her third album, which received widespread acclaim in 1999 when the tower was relocated one-half mile inland. Bett is a prolific

songwriter. Her lyrical interpretations of life through her music show that she is keenly observant of the world around us. Her songs have an honest but positive message and leave the listener with a sense of optimism.

She is known for her contributions to live music and to the community. Until Covid she hosted the Little Lake Hill House Concert Series. Beginning in 2000 she brought musicians from around the globe to entertain audiences in the central part of North Carolina.

She was booking chair for Triangle Folk Music Society (now defunct) and a founding member of the North Carolina Songwriters’ Co-op. Until it closed, she visited Love Wins Ministries, a day shelter for people living with homelessness. There, she and friends served breakfast to people who are less fortunate. In 2016 she engaged the students at Enloe High School’s audio-visual department in creating a music video about the Christmas Cookie Cutters that she and her mother used when she was a child. Now she gathers friends ages 10-70+ to bake Christmas cookies for families at Ronald McDonald House in Durham each December using the same cookie molds.

Since 1978 Bett has been sought after as a music teacher in Raleigh, NC. She taught guitar at North Carolina State University for 29 years and continues to teach in her private studio. Her students enjoy learning not only guitar, but mandolin, banjo, ukulele as well as theory and composition.

Bett began showing friends how to play guitar during junior high school when groups would gather. She would teach them chords and rhythms. After studying music beginning at age five and through college as a voice major/piano minor, she knew enough theory that could be applied to guitar and all instruments that can be used for accompaniment styles. She began teaching private guitar lessons in 1978 and through the Wake County Community Schools and the YWCA. In 1979 she was asked to teach guitar classes at North Carolina State University where she continued to teach for 29 years. She continues to teach private lessons in guitar, banjo, mandolin, ukulele, composition and theory. She loves the sounds created by alternate tunings and is knowledgeable in DADGAD guitar tuning. She has created a series of tutorials to help demystify the tuning for beginners. She enjoys helping others find their voice in music and will likely continue to teach until the last student quits.

She has created a series of tutorials for DADGAD tuning on guitar.